A disorder in which tissue that normally lines the uterus grows outside the uterus. Endometriosis usually develops several years after the onset of menstruation (menarche). Signs and symptoms of endometriosis end temporarily with pregnancy and end permanently with menopause, unless you're taking estrogen. 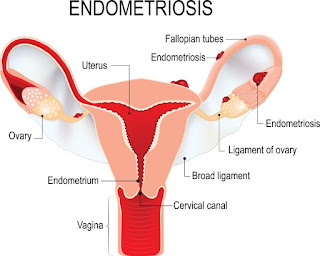 Causes
Although the exact cause of endometriosis is not certain, possible explanations include: 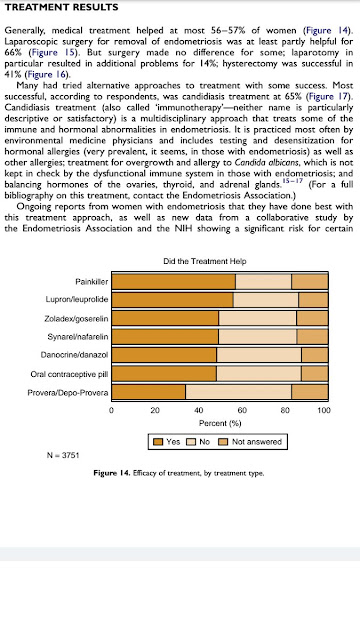