Within the last decade, fibromyalgia research has once again been focusing on the possible contribution of inflammation to disease progression, and is finding some new and interesting results.

Clinical studies have produced evidence that fibromyalgia is associated with the immune system’s improper regulation of proinflammatory cytokines that circulate in the bloodstream, contributing to the dysfunction of the central nervous system and pain-related neurotransmitters. Cytokines, depending on their concentration, induce symptoms, such as fatigue, fever, sleep, pain, and muscle pain, all of which develop in fibromyalgia patients.

Limited treatment options have led to an increasing use of systemic enzyme therapy as a means to alleviate symptoms and improve quality of life. Certain proteolytic (protein digesting) enzymes have been identified to have extremely beneficial actions when applied to inflammation and pain related to this condition. 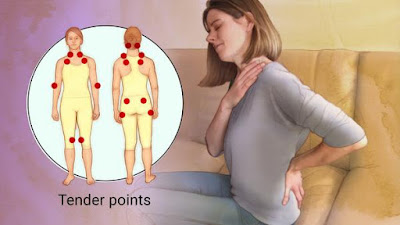 It has long been known that people with chronic muscle pain or fibromyalgia have more fibrin in their tissues and blood. This fibrin, while initially helpful in the early stages of healing after an injury, can become problematic if the body does not clear itself of the agent after it has done its work.

Fibromyalgia sufferers experience micro-tears in their muscles from the normal activity of daily living — each and every day. But because the average fibromyalgia patient does not achieve and stay in stage 4 delta sleep at rest, growth hormone is not produced in enough quantities to heal these tears, which leads to more fibrin buildup.

For the most part, people with fibromyalgia do not have a strong enzymatic capacity for producing enzymes that break down fibrin. This leads to a buildup of fibrin, which over time catches red blood cells in a web of restriction. This fibrin causes a restriction of blood flow. Red blood cells literally become stuck, disabling them from getting into the capillaries to oxygenate and nourish the muscles where the metabolic waste that causes pain is removed.

Proteolytic enzymes taken on an empty stomach break down these proteins into their smallest elements. The enzymes pass through the stomach and intestinal lining, and enter the bloodstream where they begin the process of breaking down the buildup in the muscles, connective tissue and blood. These enzymes bring nutrition and oxygen-rich blood that can remove the metabolic waste produced by inflammation and excess fibrin. 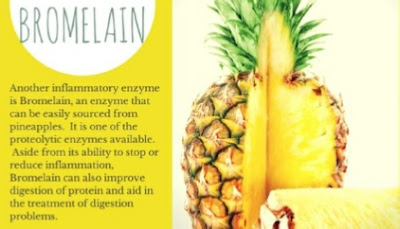 Bromelain, a proteolytic enzyme extracted from pineapple, has also been found to be effective in reducing inflammation by blocking cytokine production and activity

Buy on EBay
Posted by ASK About Vitamins at 5:00 AM